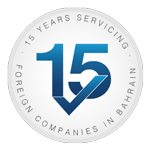 Bahrain was a founding member of the World Trade Organization, and has been ranked among the most economically free countries in the world in recent years.

Bahrain was the first country in the Gulf to exploit oil commercially in the 1930s, and energy continues to play a major role in the country’s prosperity. However, the economy is both well developed and relatively diverse, with a good number of non-oil dependent industries.

It’s also long been established as the principal financial and banking centre of the region. This diversified sector combines regular and Islamic financial institutions and markets. The Central Bank of Bahrain (CBB) regulates and supervises all financial activities.

Factors in Bahrain’s success include an open economy, plus consistently pragmatic economic and fiscal policies. Business regulations are also generally aligned with international standards. The local workforce is both skilled and educated.

Its liberal attitude to foreign investment has continued to deliver growth to the economy. Not surprisingly, many international companies have chosen Bahrain as their regional base, including numerous banking organisations.

Bahrain offers many further advantages to foreign investors. These include:

All types of foreign investment are welcomed, with the exception of a few prohibited activities, mainly concerning alcohol, tobacco, waste products and firearms. Also, a few areas are reserved for Bahrainis, such as publishing, car rental, and supply of oil and gas products.

To do business in Bahrain, you have to have a legal presence. For foreign companies, this could be a representative office, although it would not be able to do business directly with clients in Bahrain.

Non-Bahrainis looking to establish a company in Bahrain must do so by forming a company, commonly a Bahraini limited liability company (WLL), although other types are possible. These involve the submission of various documents and certificates to the Ministry of Industry & Commerce.

This is one of the many areas that PRIME can assist you with. For more details, see Bahrain visa and document clearing services

The Bahrain Economic Development Board (EDB)

The EDB is an excellent starting point for those considering investment in Bahrain. It is responsible for attracting and promoting investment to Bahrain with a particular focus on manufacturing, finance, information technology and communications, and logistics and transport.

It works with individual entrepreneurs, and current and prospective investors in Bahrain, helping them to take up local, regional or global business opportunities. The EDB also provides assistance with business location, recruitment and legal requirements, with ongoing support. It can provide helpful information on sector-specific opportunities and assist with introductions to potential business partners.

PRIME has assisted many clients with making the most out of what the EDB can offer. We can guide you through the intricacies of business regulations and provide professional support so that you can concentrate on creating a successful foothold in Bahrain.

For more details of how we can help you or your company to operate successfully in Bahrain.